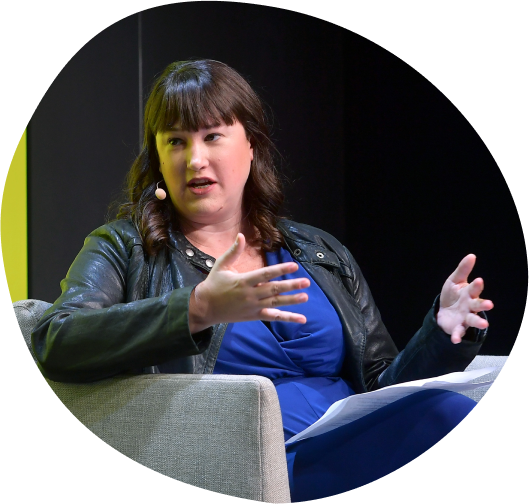 Megan Greenwell a freelance editor and writer with extensive experience in all areas of print and digital media. Currently freelancing, she divides her time between writing, editing, consulting, and teaching. She is particularly passionate about narrative features, exploring new revenue models for journalism, leading teams working across platforms, collaborations between text-based and visual storytellers, and diversifying newsrooms. She also writes features about public policy, sports, and other topics. She is considered a leader within the media industry on recruiting and hiring a diverse staff, and has worked as a hiring consultant for several major newsrooms.

In her most recent full-time job, Megan worked as the editor of Wired.com and, for four months, the interim editor-in-chief of WIRED, overseeing the publication’s transition to a global newsroom. In previous roles, she served as editor-in-chief of Deadspin, launched digital features programs at Esquire and New York magazine's The Cut, edited investigations and narrative features for ESPN the Magazine, and covered the war in Iraq from Baghdad for The Washington Post. She has also written features and essays for The New York Times, The Washington Post Magazine, The California Sunday Magazine, Slate, and several other publications. She has done two tours as an advice columnist on workplace issues, for The New York Times and WIRED.

Stories Megan has edited have been nominated for two National Magazine Awards and a GLAAD Media Award, and she was part of the Washington Post team that won the 2008 Pulitzer Prize for breaking news reporting for its coverage of the Virginia Tech shootings. She teaches journalism at Syracuse University's Newhouse School of Public Communications, serves as chair of the board of trustees of the Columbia Daily Spectator, and is a program director of the Princeton Summer Journalism Program for low-income high school students. A California native, she lives in New York with her husband, a physician and scholar of global health, and their pug Theo.